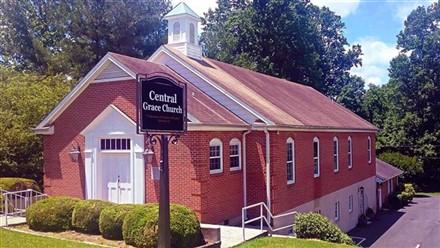 The Simplicity of the Church

The Church began in an upper room, waiting patiently for the promise of its Sovereign and Sacred Head.  That promise made immediately before His ascension – the promise had been of the Father, that He would send them the Holy Ghost.  That little assembly consisting of only one-hundred-twenty souls, what kind of church was it?  What was its character and disposition?  It was a living organism (not an organization) manifesting one spirit, one attitude, one ambition, and one life.  It lived only for its one single commitment--a commitment that could be expressed in three words, “Glory to Christ.”

It sought only to exalt His honor; it would receive only His praise.  When the lame man at the temple would be healed at the word of Peter, the people rushed upon Peter with amazement, as though by his power this man was made whole.  Peter declared “The God of our Fathers hath glorified His Son Jesus,” and “In His name through faith in His name hath made this man strong.”

That church was distinct in that its whole ambition was to spread the fame of Christ.  They went everywhere preaching the Word of the Gospel until the whole known world was turned upside down.  It was distinct in its absolute commitment to King Jesus, to the Gospel of His Kingdom, and yes, to each other, for they were together, and had all things common, devoted to that one common purpose of glorifying their Head.

Therefore do not attempt to denominate it, or to distinguish it with the title ‘Christian’, for that name has been too deeply stained with the contamination of apostate religion.  Just say it was a blood-bought, sold-out society of people, who believed all the way down to the joints and marrow of their souls that Christ was the only thing worth living for, and if need be dying for.

And then – in the dawn I saw Him

He whom my heart loveth so.

I found Him, held Him and told Him

I never could let Him go.